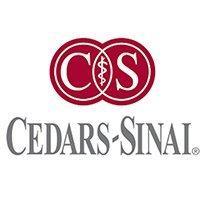 What is Inflammatory Bowel Disease (IBD)?

Inflammatory bowel disease (IBD) is a broad term that describes diseases that cause chronic inflammation of all or part of the digestive tract. There are two main types of IBD: Crohn’s and ulcerative colitis. These are serious bowel diseases characterized by diarrhea and abdominal pain that can cause can be debilitating and at worst, life-threatening. It is important to be followed by a medical professional if you have a known diagnosis of IBD or would like to rule out IBD as a diagnosis.

What is Crohn’s Disease?

Crohn’s disease is a chronic, recurrent inflammatory disease of the digestive tract, most commonly the end of the small intestine (the ileum) and/or the large intestine (the colon). However, symptoms can occur anywhere along the GI tract, from the mouth to the rectum, in any layer of the tissue.

The exact cause of Crohn’s disease is not known. However, evidence has recently been found that points towards a genetic component in the etiology of Crohn’s. But genetics is not the only factor that determines a person’s susceptibility. It’s also possible that a virus or bacterium may trigger Crohn’s disease while the immune system is weakened. Most likely, there are a number of factors, some still undiscovered, which play a role in the development of this disease.

What Are the Symptoms of Crohn’s Disease?

Symptoms can range from mild to severe and depend on the severity and location of inflammation in the GI tract. Many people go through periods of time with no symptoms (remission). Common symptoms include:

What Are Some Potential Complications of Crohn’s Disease?

How is Crohn’s Disease Diagnosed?

There is no one conclusive diagnostic test for Crohn’s disease. A patient’s medical history and physical exam will first be taken. Blood work that looks for abnormal IBD serology and elevated inflammatory markers can indicate that a patient might have IBD. Colonoscopy and Pillcam capsule endoscopy are both procedures that can visualize different parts of the GI tract to look for any visual (and pathological signs, when preforming a colonoscopy) of Crohn’s disease.

How is Crohn's Disease Treated?

Treatments are focused first on using medication to reduce inflammation and help control and prevent future tissue damage. Sometimes a larger dose of cortisone or steroids is initially given to control severe symptoms. In mild-moderate cases other anti-inflammatory medications are used to maintain symptoms under control. In moderate-severe cases, immune-system suppressors or medications that block the body’s immune response are given as maintenance medications. Additionally, rounds of antibiotics are sometimes tried because bacterial infections can frequently accompany Crohn’s disease. In very severe cases, surgery may be needed to remove damaged portions of the GI tract or to drain an abscess or fistula. However, surgery does not cure Crohn’s.